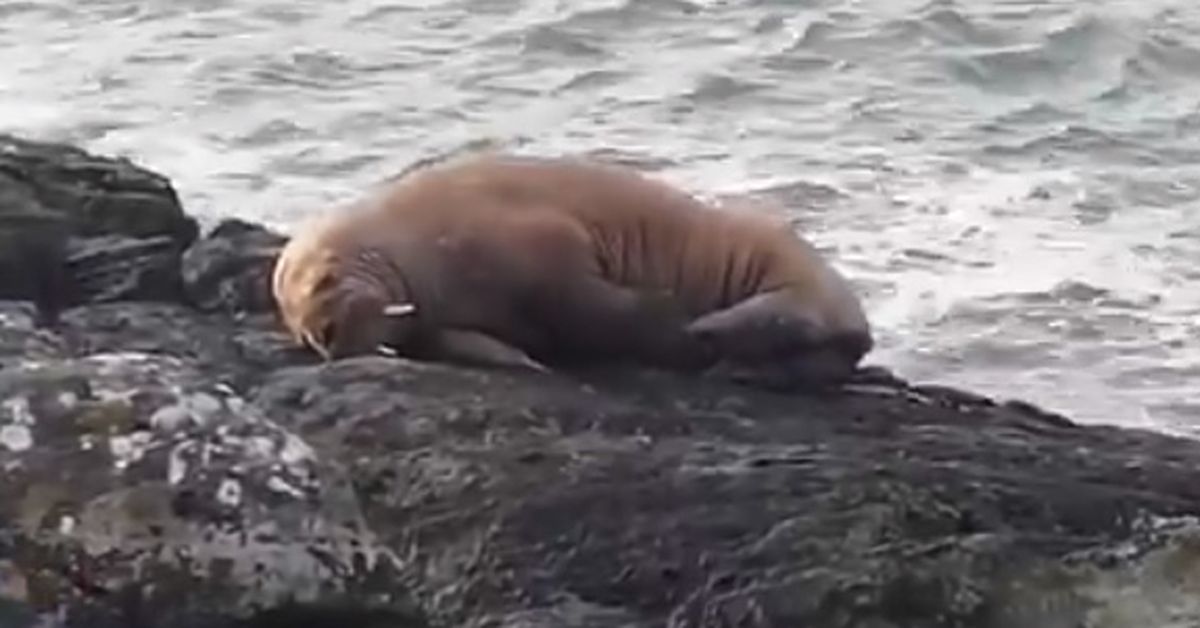 A giant Arctic walrus spotted on a rock off the coast of Ireland likely fell asleep on an iceberg and drifted far from home, one marine biologist says.The walrus was seen on Sunday, resting on a rock on Valentia Island off Ireland’s southwest coast in County Kerry.READ MORE: Ireland suspends AstraZeneca vaccineIrish media reported that Valentia Islander Alan Houlihan said his young daughter, Muireann, was among the first to spot the walrus.”I thought it was a seal at first and then we saw the tusks.”He kind of jumped up on the rocks.”He was massive.”He was about the size of a bull or a cow, pretty similar in size, he’s big, big,” Mr Houlihan told the Irish Examiner.Local marine biologist Kevin Flannery says the walrus is from the Arctic and likely “fell asleep on an iceberg and drifted off.””He would be pretty tired and pretty hungry at this stage,” Mr Flannery told the Examiner.”That is usually what happens to them is that they fall asleep on an iceberg and then get carried off from the Arctic.”